Curve, the banking platform that houses multiple cards and accounts in one smart card and app, is expanding its Curve Wallet to include loyalty programmes from some of the best and most well-known retail brands in the UK and Europe. Now, Curve Wallet users can add, store and collect points on any loyalty cards, ensuring they never again miss a reward from their best loved outlets.

A Curve user in any of the platform’s 31 markets in the European Economic Area (EEA) no longer has to carry around a stack of cards, or root around their wallet or purse for a card when queuing up or shopping online.

It’s a step change away from current loyalty programmes, which are fragmented, clunky and fail to give good value to retailers or customers. The loyalty offering comes as millions of people across Europe are set to visit more cafes, restaurants, and other public retail areas as they go back to the workplace, school and university following national lockdowns due to covid-19.

Curve users can access loyalty programmes from some of the UK’s biggest retailers, including Accessorize, Boots, Costa, Harrods, House of Fraser, M&S, Tesco and Waitrose. In Europe, users can store points, as they buy, from IKEA, Carrefour, Mercadonna, Rossman, Conad, Continente and Galeries Lafayette. These are just some of the thousands of retailers in the EEA that Curve users can use their Curve Wallet to access.

Matt Collinge, CPTO, Curve said: “Curve’s loyalty ecosystem is our next step in taking people’s wallets into the cloud. Our intuitive UX design means users will never miss a reward again, while merchants continue to gain valuable and actionable insights .

“Curve’s technology means we can do what no one else can -  help end fragmentation and inconvenience by combining personal finance and loyalty programmes in one place.”

The loyalty offering takes the Curve Wallet closer to being the all-in-one marketplace for finance. As well as the loyalty offering, the all-new Samsung Pay Card, powered by Curve, was launched in August, in conjunction with global payments technology company Mastercard®. By utilising Curve’s unique technology, alongside Mastercard’s worldwide footprint, Samsung Pay users are able to enjoy a better banking experience through their Samsung smartphone and smartwatch, whilst gaining the rewards they want along the way. 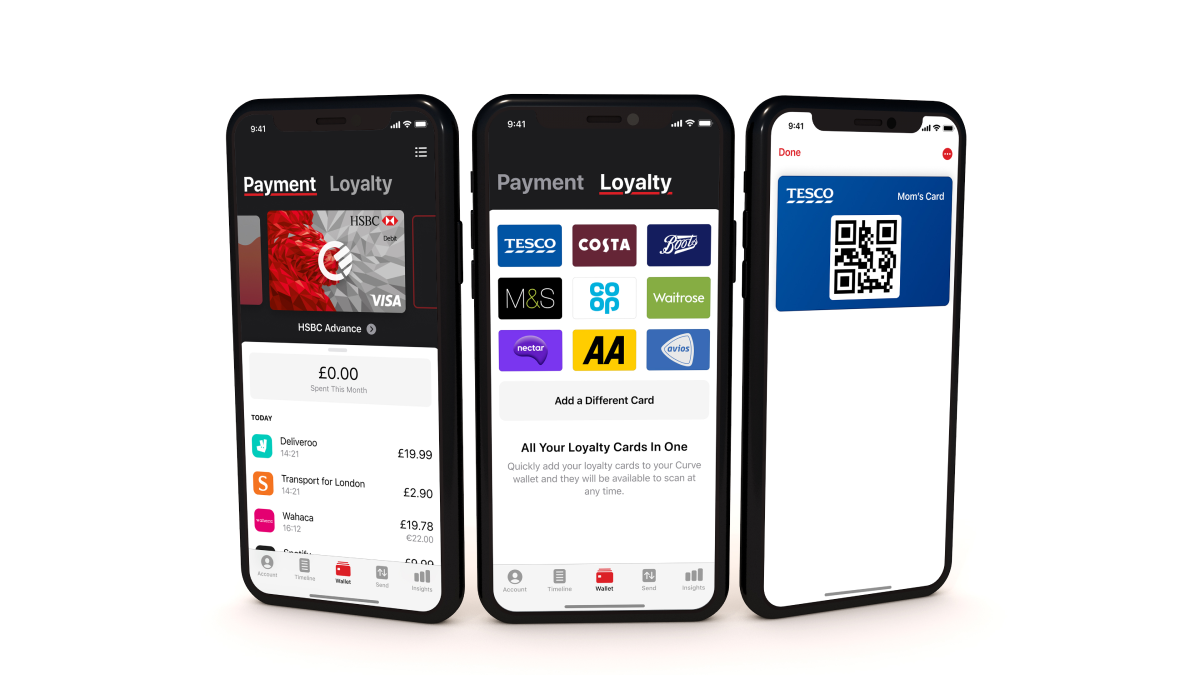 Curve offers a host of benefits to its customers; you get instant notifications and categorisation of spend and Time Travel enables customers to swap spend to a different card in the app for up to 30 days after the purchase was made.