Get Curve
Cards
Get Curve

Curve with Apple Pay is here. The safer, more private way to pay. 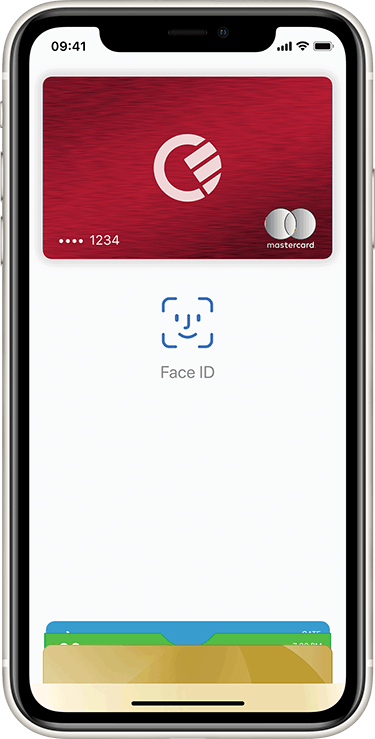 How to add your Curve card:

Add your card to Apple Pay. Setup is easy. 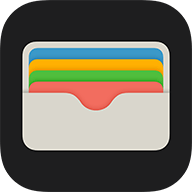 On iPhone, open the Wallet app and tap the plus sign.

On Apple Watch, open the Apple Watch app on your iPhone and select “Wallet & Apple Pay;” then tap “Add Credit or Debit Card.” 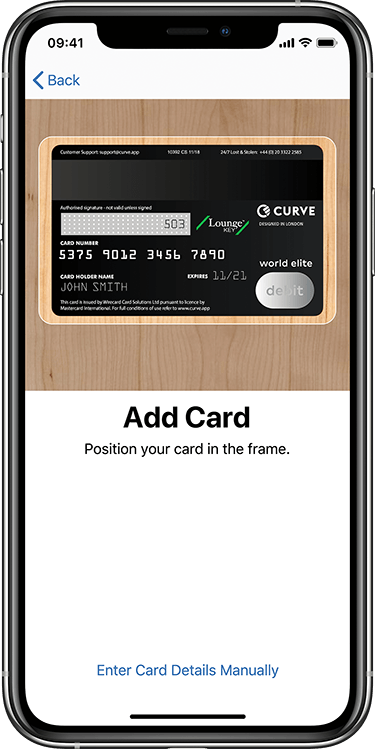 Apple Pay is the easiest way to pay in stores, in apps, and online with your iPhone, Apple Watch, iPad, and Mac. Spending money shouldn’t mean spending more time at the register or entering your card details online or in your app. With Apple Pay, you can can pay quickly with the devices you use every day.
Use Apple Pay wherever you see one of these symbols.

What Is Apple Pay?

Apple Pay is a digital wallet application created by Apple for customers to pay for goods and services using a compatible Apple device.

Which devices can I use Apple Pay with?

iPhone: Apple Pay works with iPhone 6 and later in stores, apps and websites in Safari

Apple Watch: in stores and apps (requires iPhone 6 or later)

Mac: Mac (2012 or later) in Safari with an Apple Pay–enabled iPhone or Apple Watch

You can find the full list of Apple Pay compatible devices here.

How do I add my Curve card to Apple Pay?

Tapping the button will prompt you to enter your full name and Curve card details in the Apple Pay wallet. Once you’ve confirmed your details and accepted the T&Cs, the registration of your card on Apple Pay should be complete!

Where can I use Apple Pay? Can I use it abroad?

Apple Pay can be used around the world that accepts contactless payments. So whether you’re on a train, in a shop or a restaurant, feel free to tap away!

How much can I spend with Apple Pay?

There is no limit on Apple Pay transactions, however, some merchants apply the contactless limit and will only accept payments of up to £30. Transactions made in-app and in the ‘Safari’ browser have no limit.

How do I make my Curve card the default Card?

Are my card details safe?

Yes! When you use Apple Pay to pay with Curve, your card number isn’t included when it is sent to the merchant. Instead, there’s a unique identifier assigned, encrypted and stored safely on your device. Each transaction is authorised with a unique, one-time security code.

What should I do if I lose my Curve card?

If you lock your card from within the Curve app, you won’t be able to use your phone to make payments with Curve through Apple Pay.

If you find your card and unlock it in the Curve app, you’ll be able to use Apple Pay again.

If you need to order a replacement, your new card will automatically be added to your Apple.

Pay wallet once it arrives and is activated.

Can I continue to use Apple Pay if I lock my Curve card in the app?

No. If you lock your Curve card in the app you won’t be able to make payments with Apple Pay.

Can I use Apple Pay to Pay within apps?

Yes! There are plenty of apps available that offer Apple Pay as a payment option. Simply select Apple Pay for a speedy checkout with Curve.

How do I stop getting notifications for every payment I make?

Both Apple Pay and Curve send instant notifications, which means you’ll be notified twice every time you pay with Curve using Apple Pay.

Visit us at
FacebookTwitterLinkedInInstagram

Please read Curve’s legal agreements and AXA terms carefully before applying for a Curve card. Details on access to interbank exchange rates available are clearly laid out in the terms along with all applicable fees and charges when you spend abroad.

The Curve Card and E-money is issued by Curve OS Limited (company No. 09523903) authorised in the UK by the Financial Conduct Authority to issue electronic money (firm reference number 900926). Mastercard® is a registered trademark of Mastercard International Incorporated.

Cards shown here are all representative. There is no arrangement between Curve and any of the banks, card issuers or networks and all queries should be directed to us.