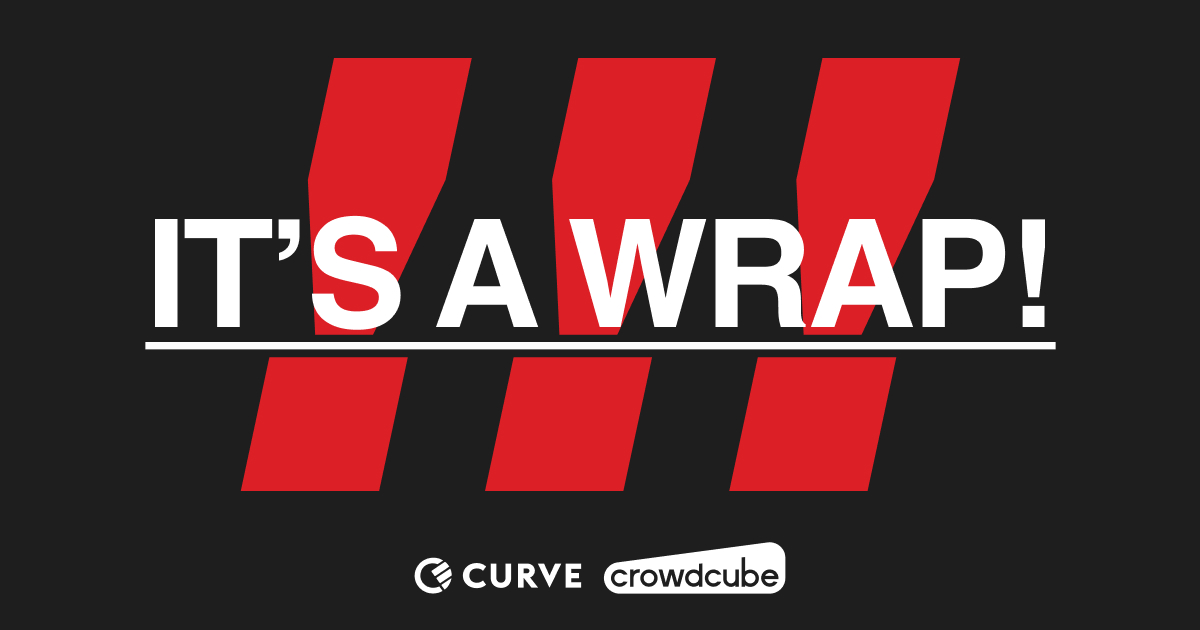 London, UK, 27.05.2021: Curve, the fast-growing financial super app, has closed the largest ever equity raise on Crowdcube, breaking multiple records during the campaign. The raise closed at 1500 BST today, hitting nearly £10m in funding from 11,795 investors.

In another record, Curve was the fastest ever company on Crowdcube to raise £6m, which it did in just 2 hours 49 minutes after it went live on 25th May. The fundraise has also been Crowdcube’s most popular in 2021 and far outstrips the total of £6m Curve raised during its 2019 crowdfund.

Curve’s latest campaign went live at 0900 BST on Tuesday (25th May) and closed today. The campaign was designed to enable Curve customers and retail investors to follow in the footsteps of some of tech’s leading institutional investors.

The funds raised this week follow the £132m Curve has raised in cash and capital commitments to-date to support its rapid growth, including the capital secured in the super app’s recent successful Series C, led by IDC Ventures, Fuel Venture Capital and Vulcan Capital.

Curve will use the funds raised by crowdfunding and its recent Series C round to execute its ambitious growth strategy, focussed on its international expansion and product innovation. This strategy includes the rollout of its award-winning Curve OS platform in the US, broadening its European reach, and the forthcoming launch of Curve Credit in the UK, and in Europe. To deliver this, Curve plans to add at least 200 employees to its workforce over the course of 2021.

Shachar Bialick, Founder and CEO of Curve, said: “Ever since our last crowdfund in 2019, our customers have been requesting another opportunity to take a share in Curve. So we launched this campaign to give the public a chance to join us as we embark on the next stage of our exciting journey, when we reveal Curve Credit to the world and launch in the US. We’ve been blown away by the level of interest we’ve seen over the past three days, and I’m so excited to welcome nearly 12,000 investors on board.”

Luke Lang, co-founder and CMO of Crowdcube, says: "Hats off to Curve for another landmark raise with Crowdcube, they continue to impress investors with their unique proposition. It’s a really exciting time for their shareholders, both new and existing, to be part of their ongoing success and their mission to shape the future of finance."

Bobby Aitkenhead, Managing Partner of IDC Ventures, said: “As one of the lead investors in Curve, we’re ecstatic to see such a phenomenal response from its customers and community. Digitalisation is stepping up pace globally, as is financial services fragmentation. Pioneering companies like Curve have huge potential to shape the future of finance. They're already, and will continue, to add so much value to our lives. We’re proud to support them in this journey to the top.”

The crowdfunding round caps a transformational year for Curve. In the last year alone, it has hired over 100 new staff, doubled its customer base, and it has seen the volume of transactions it processes increase by over £1 billion to £2.6 billion, despite the backdrop of a global pandemic.