London, 19 October 2020: Thought Machine, the cloud native core banking technology company, today announces it has been selected by Curve to power its new credit and loan offering, Curve Credit. Curve Credit is a new startup from banking platform Curve which allows customers to pay for purchases in instalments. The start-up is being launched with an ethos of responsible lending and borrowing. 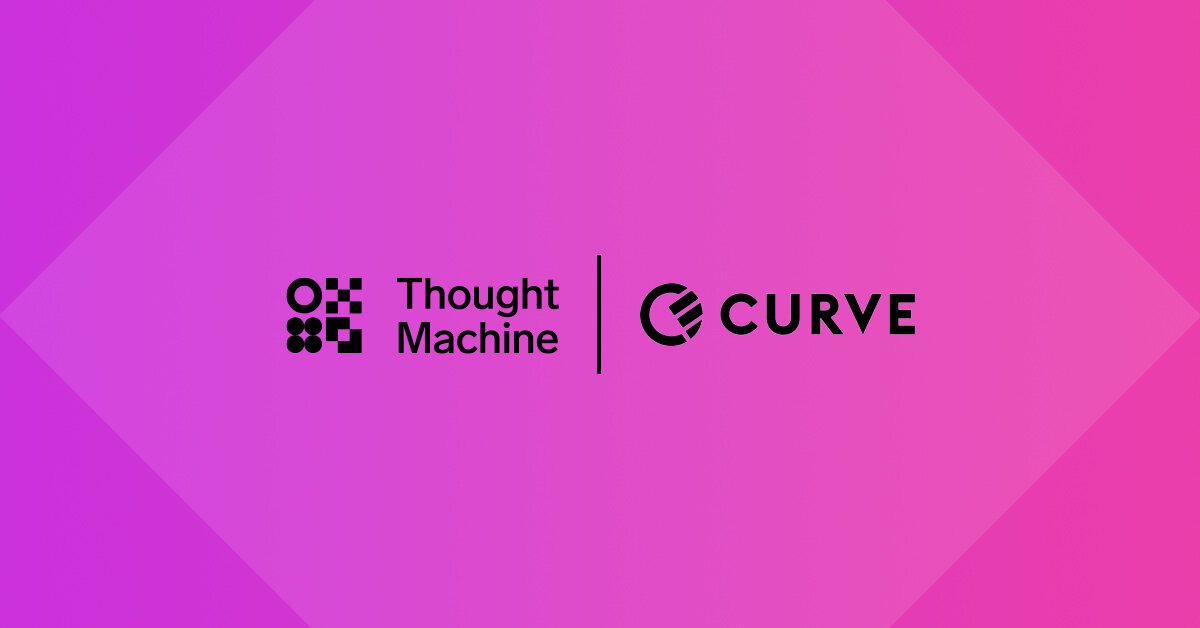 Furthermore, Curve Credit will augment customer credit scores using their transaction history across various bank accounts, aiming to give customers greater transparency and flexibility in the borrowing decisions they make.

Curve will make full use of Vault’s Smart Contracts product-building system to deliver this functionality for the live product. The Curve team will, as all of Thought Machine’s clients, have the ability to build the financial products they want by writing them as code in the Smart Contracts interface.

Vault was selected by Curve Credit as a SaaS offering to power this new functionality. Vault SaaS offers all the features of Vault and can support a bank of any size, scaling as required.

Founded in 2014 by former Google engineer Paul Taylor, Vault allows banks and fintechs to achieve a higher level of functionality, free from the constraints of legacy technology, and built natively for the cloud. Thought Machine has become the core banking technology partner of choice for tier one banks, neobanks and fintechs across the globe. Thought Machine names Lloyds Banking Group, Standard Chartered, Atom bank, Monese and SEB as clients.

Paul Taylor, CEO of Thought Machine, comments: “Unbeatable financial services organisations are those which embrace modern, cloud native technology, like Curve. We look forward to working alongside Shachar, Paul, and the Curve team, to bring this truly unseen proposition to the market. Our teams share a passion for building expertly-engineered products that give customers choice and flexibility in managing their finances, and to do so in a meaningful way.”

Paul Harrald, Head of Curve Credit, comments: “We are excited about launching Curve Credit with Thought Machine’s core banking technology, which is unrivalled in the market. Thought Machine is the only technology that allows us to deliver the flexibility and manageability we desired for our customers. Curve Credit’s ethos is about responsible lending and responsible borrowing. Alongside Curve OS, this three-way dynamic will be able to give each customer the clearest possible terms via a simple and beautiful product and experience.”

Thought Machine was founded in 2014 with a mission to enable banks to deploy modern systems and move away from the legacy IT platforms that plague the banking industry. We do this through our cloud native core banking platform, Vault. This next generation system has been written from scratch as an entirely cloud native platform. It does not contain a single line of code which is legacy, or pre-cloud.

Founded by entrepreneur Paul Taylor, Thought Machine’s customers include Lloyds Banking Group, SEB, Standard Chartered and Atom bank. We are currently a team of more than 400 people spread across offices in London and Singapore and have raised more than £110m in funding from Eurazeo

Curve is an over-the-top banking platform, consolidating all your cards and accounts into one smart card and even smarter app. Curve offers a host of benefits to its customers; it makes all your cards fee-free when spending abroad, you get instant notifications and categorisation of spend and Time Travel enables customers to swap spend to a different card in the app for up to 30 days after the purchase was made.