Curve closes $95M in equity as it plans US launch

London, UK, 12.01.2021: Curve, the London-based fintech that combines multiple cards and accounts into one smart card and even smarter app, today announces it has secured $95 million from a leading group of international investors as part of a successful Series C round. 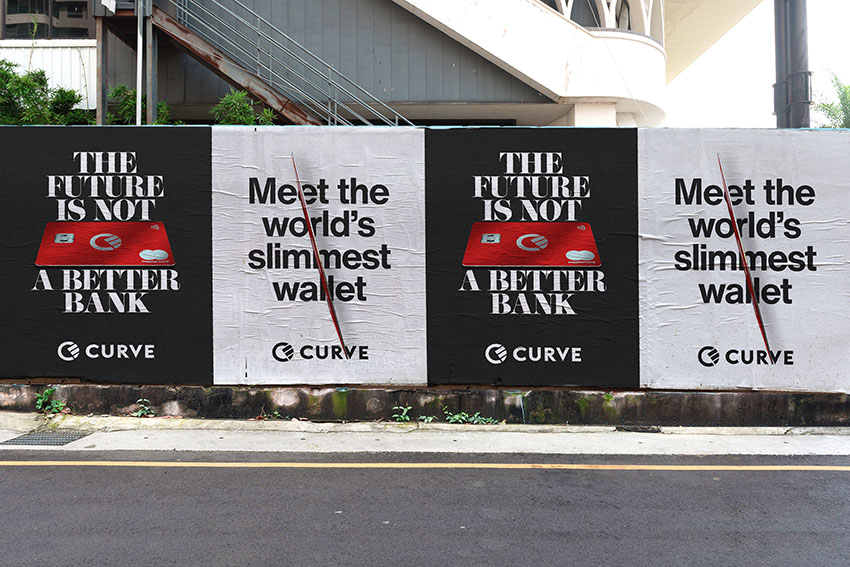 Curve will deploy the investment to expand internationally, including to the US, and to deepen its European reach. Curve will also use the fresh funding to drive ongoing product innovation, notably of Curve Credit in early 2021. The fundraise will allow Curve to execute an ambitious strategy to become the leading  financial superapp, bringing all your finances into one place.

The funding round was led by IDC Ventures, Fuel Venture Capital and Vulcan Capital (the investment arm of the estate of Microsoft co-founder and philanthropist Paul G. Allen), with participation from OneMain Financial (NYSE: OMF), the US personal finance company, and Novum Capital. IDC Ventures has funded some of the world’s brightest tech scale-ups from across the globe, such as Tradeshift, RecargaPay, Boatsetter and CookUnity. Counting IDC Ventures, Curve also attracted many of its investors for a second time.

The fundraise brings the total investment in Curve to almost $175M and makes the business one of only a select group of European fintechs to have raised sizable funds in a climate of widespread economic disruption, driven by Covid-19 restrictions.

Shachar Bialick, Founder and CEO of Curve, said: “We are ecstatic that our investors share Curve’s vision to empower as many people as possible to take control of their money and move banking to the cloud. This fundraise stands out as an endorsement of Curve’s unique product strategy, the excitement surrounding the debut of Curve Credit, and the upcoming launch of Curve in the US.  I want to thank our partners and shareholders, and the entire team at Curve for their tireless work to thrive throughout 2020.”

Bobby Aitkenhead, Managing Partner of IDC Ventures, said: “Curve’s pioneering approach to finance is more necessary than ever as we accelerate globally to a digital-first world. We are proud to support Curve as they bring their much-needed seamless banking experience to the United States in 2021. Ever since we first invested in Curve in 2019, Shachar Bialick and his team have inspired us with their energy and vision of an all-in-one banking platform. IDC Ventures looks forward to scaling this journey to greater heights in 2021, reaching more people, with more products in more regions.”

Jeff Ransdell, Founding Partner, Managing Director, Fuel Venture Capital, said: “Curve allows customers to stay with their preferred banks while taking advantage of the latest financial technologies, connecting institutions with innovation and building a true ecosystem play. Their collaborative model has been immensely successful in Europe and we are confident that it will prove equally so in the US, where physical cards are still dominant.”

Rick Roberts, from Vulcan Capital, said: “Curve’s model is redefining the future of banking by bringing diverse financial products and solutions together into one digital wallet, for the benefit of banks and customers alike. Their friction-free offering is coming at the ideal time for American consumers, who are looking for safer payment options and greater financial control in the wake of the pandemic.  We are excited to be part of the next phase in Curve’s ambitious journey.”

Curve’s Series C fundraise comes at the end of an impressive 2020 performance, in which Curve reached 2m customers, launched a range of new products and partnerships, and hired a world-class team.

Curve also expanded its proposition to include Loyalty Cards, taking another step towards making your wallet obsolete.

Curve is an over-the-top banking platform, which allows customers to consolidate multiple cards into one smart card and an even smarter app. The unique Curve card allows customers to supercharge their legacy banks to the 21st century without leaving their bank. Curve is live in 31 markets across the UK and European Economic Area (EEA).

Curve offers a host of benefits to its customers, who get instant notifications and categorisation across their spend; the ability to fit their cards into Google Pay, Apple Pay and Samsung Pay, even if their banks don’t support this, and the patented Time Travel enables customers to swap spend to a different card in the app for up to 30 days after the purchase was made.